To honor the impact of women who have made and continue to make an impact in the pharmacy profession, endowments have been created in their name to support scholarships and new facilities. In particular, facilities in the new Health and Biomedical Sciences Building II (HBSB II) will showcase their legacies.

The HBSB II is an interdisciplinary building that will change the face of health care and health education at UH. Integrating teaching, research, and clinical programs such as physical therapy and behavioral health, the building will house the UH College of Pharmacy (UHCOP) and open in Fall 2017.

The most recent issue of Interactions, the UHCOP’s semiannual magazine, highlighted a few of these amazing women and their contributions to health in their communities, and we’ve included them below. Be sure to check out the entire issue for full stories, and to learn more about pharmacy at the University of Houston.

The best part about these gifts? You can contribute to all three endowments directly, or make a similar gift in honor of someone important to you. 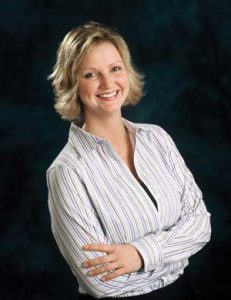 Patient counseling is a core responsibility of today’s pharmacists, and UHCOP students will benefit from the new facilities in HBSB II that are designed to foster these skills. One such facility will be the Dr. Michelle Hamilton OTC & Patient Counseling Simulated Pharmacy in dedication of Michelle Edwards Hamilton (Pharm.D. ’04). Hamilton passed away in February 2015 at the too-young age of 43, but her legacy inspired a fundraising campaign for the facility to be created in her honor.

Hamilton had a gift for patient counseling. She became the first UHCOP student to win the American Pharmacists Association-Academy of Student Pharmacists National Patient Counseling Competition in 2004. Her leadership skills were applied to other areas as well, as she served as president of her PharmD class, president of the Phi Lambda Sigma Pharmacy Leadership Society, and vice president of the college’s Kappa Epsilon chapter. In her final year at the college, she was recognized with UHCOP’s Distinguished Student Award.

The campaign to honor Hamilton’s life and legacy has drawn generous gifts from numerous family members and her many friends, classmates and fellow alumni as well as her former faculty members and mentors.   Moved by her commitment to her patients, former employers of Hamilton also donated money to the campaign. The Kroger Co. Foundation, where Hamilton started as a pharmacy technician and continued on to be pharmacy manager after graduation, gave a gift of $10,000. She also made such an impression on the H-E-B community and its patients that the San Antonio-based chain gave a gift of $25,000.

UHCOP Dean’s Advisory Council members Carole Hardin-Oliver (’83) and May J. Woo (’91) are leading the initiative to create a landmark dedicated to women in the pharmacy profession. This landmark will be realized in the Women in Pharmacy Conference Room within HBSB II.

Hardin-Oliver and Woo also helped establish the Women in Pharmacy Exhibit and Conference Room at the American Pharmacists Association (APhA) headquarters in Washington, D.C. “When you walk in the conference room at APhA, you can’t help but be awe-struck by the accomplishments of so many great women leaders and get excited to be part of helping to preserve their legacy by providing a source of inspiration and confirmation for future generations of women pharmacists,” Hardin-Oliver said. From that experience, they were inspired to establish a similar facility within HBSB II.

“When you stop and look around the room at the Dean’s Advisory Council meetings, then look around the health systems in the Texas Medical Center and the community pharmacies across the Houston area and the state,” Woo said, “you realize what an amazing impact that women — especially College of Pharmacy alumnae — have made and are continuing to make not only in the pharmacy world, but in health care overall.” With the addition of this conference room, generations of students and UH community members will gain a clear picture of those achievements.

In honor of Vasanta Lakshmi Putcha (M.S. ’75, Ph.D. ’80), her husband and son, Mallik and Girish, have established the Dr. Lakshmi Putcha Endowment in Pharmaceutics to assist aspiring young scientists with their education. Dr. Putcha, who passed away in 2015, was a pioneer and innovator who made a vast impact in the exploration of space and the role of women in science. 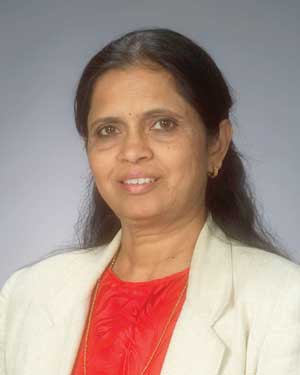 After earning two degrees at UH, Dr. Putcha served as chief pharmacologist at NASA Johnson Space Center (JSC) and technological manager of the Pharmacotherapeutics Laboratories at JSC. She was the only clinical pharmacologist at NASA and was responsible for directing and conducting the research and development for optimizing pharmacotherapeutics in space. She started her NASA career as a post-doctoral fellow in 1982 and went on to develop cutting-edge applications for astronaut health care operations in space and on Earth.

As the recipient of numerous honors and awards at NASA, including the Special Space Flight Achievement Award and the Certificate of Commendation and Space Act Award, Dr. Putcha was described as a “force of nature” and was driven by an insatiable curiosity and an uncompromising pursuit for excellence. In her own words, the guiding principle of her life was, “If you can dream it, you can achieve it.” It is fitting that her legacy will continue to help and guide future research and scientific innovators as they work to achieve their dreams.

Gifts can be made to memorialize or honor a person or group of people in any college or unit. With new facilities like HBSB II, there are many naming opportunities for different rooms or entire buildings. You can contribute to the funds mentioned in this story, or create a new legacy that will benefit generations of students, faculty, and our global community. For more information, contact Beth Borck at (713)-743-9927 or bkborck@uh.edu.